This year Weston started Kindergarten and Sophie (after barely turning 3) started pre-school! Both kids love school...especially Sophie.  Their classrooms are in the same hallway, and they begin and end at the same time.  This makes my life easier!  They even play on the same playground in the morning when we get there. These are pictures from their first day. Here is Sophie showing off her new dress (courtesy of Grandma Laurie). 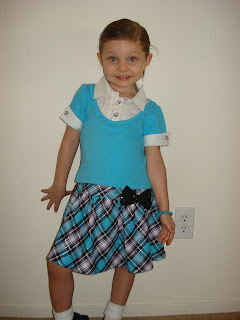 And the cute hair clip (a blue butterfly) that Auntie Shae-Leigh gave her for her birthday... 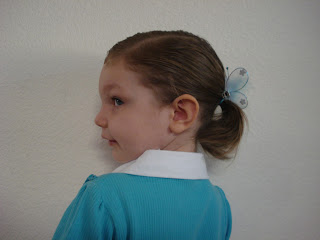 Weston was pretty excited too, as you can see!  His teacher this year is Ms. McBreen, who is a WONDERFUL kindergarten teacher!!  We couldn't be happier with her.  Weston likes her too, but was rather disappointed when he realized that he only gets 5 minutes on the playground every morning ...he was used to the 30 minutes of playing that he got in preschool.  He also kept telling us that he had no friends in class, which I found out wasn't true at all!  In fact, he is so friendly and chatty that the teacher had to kept moving kids around until she found the only two students in the entire class that he doesn't care to talk with (one because he's super shy and one because she's the "smelly kid")!  He seems to finally be settling into his new routine and is pretty content with it. 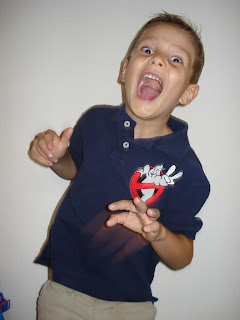 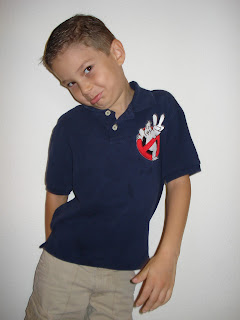 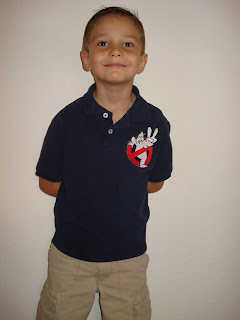 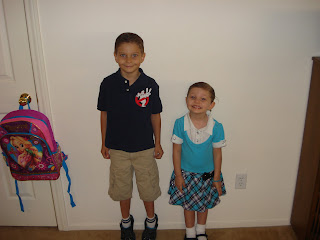 How can I not love this?  On the first day, I kept telling Weston to look after Sophie on the playground and take care of her - you know, since she's the youngest in her class and had never been to school before. 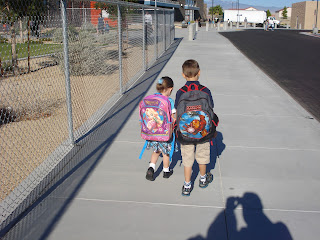 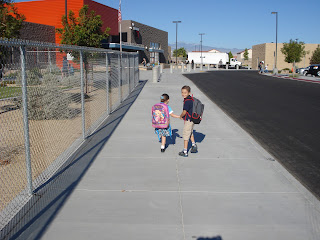 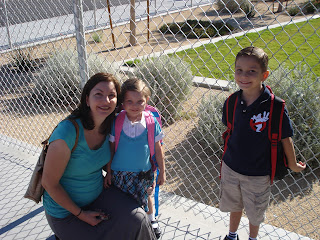 He dutifully (and lovingly) held her hand...until they got inside the playground area!  He immediately found a friend from last year and ran off in utter glee.  Meanwhile, Sophie ran off and started making her own friends...and I think she hardly even noticed that Weston wasn't there any more! 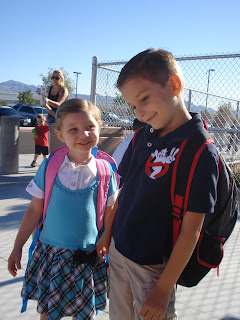 Jason and I stayed a while, watching them play.  At some point, Sophie noticed that we were there and came over for one last pic... 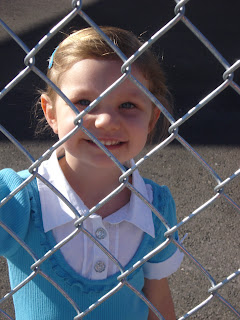 I felt a twinge of sadness leaving them both, but was pleased to see this note from Sophie's teachers after picking them up: 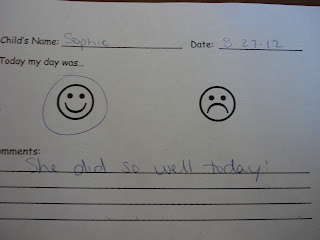 Sophie was thrilled to show me her first picture! 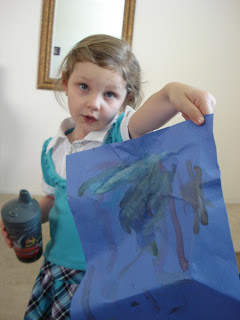 Weston was much less excited about his, but I loved it and thought it was adorable.  It is still hanging on my fridge! 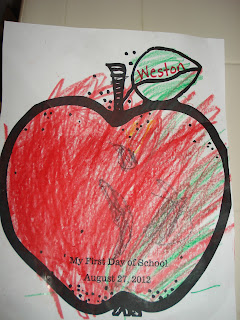 One of the highlights of my day is picking the kids up from school.  Every day, the kids are so excited to see each other!  They always give each other a big hug, and often times one or the other will yell, "Yay, Weston (or Sophie)! You are my best friend!" They may spend the entire car ride home fighting, but in that moment, they are always pretty thrilled with each other.  I am happy they have such great teachers and are learning so many new things...and that Summer is FINALLY over!  How I love the Fall!!
Posted by Michelle at 10:02 PM

And the sassiest dress award goes to Sophie!!! So stinkin' cute! They aren't even my kids and I nearly shed a tear thinking about them both being gone at school all day. Hahaha! Oh man, I'm gonna be a wreck when Noah leaves me... oh dear.

I love the Fall too! I am glad your little ones are enjoying school so much! :)