The other day it just struck me how handsome my Weston is! I never seem to get good pictures of him because he is always making silly faces at the camera, but the other day I finally did - not that they are exactly serious! But, they realistically capture his adorable personality.
In recent weeks, I was also finally able to solve a mystery about Weston.  You see, he has been asking me for quite some time (months) if I had any secrets when I was his age, and if so, what were they?  Well, of course I really don't remember many details about my secretive kindergarten past...so he just kept asking!  Realizing that he, himself, had secrets, I tried to find out what they were...but with little success.
They did eventually come out...and though he was reticent at first, now he wants to tell them to EVERYONE!
The funniest part is that he still refers to them as secrets even though he talks about it them quite a lot...so I finally decided to take a video of him sharing his "three golden secrets."  Fun stuff! I posted the video at the bottom of this post... 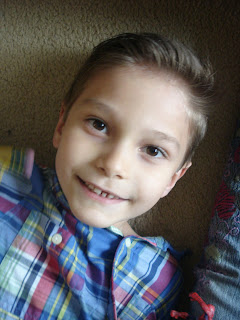 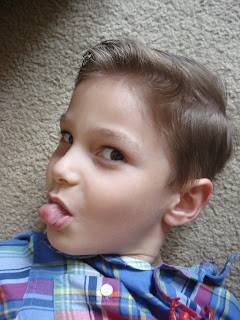 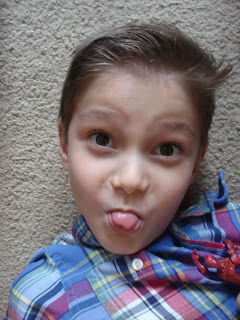 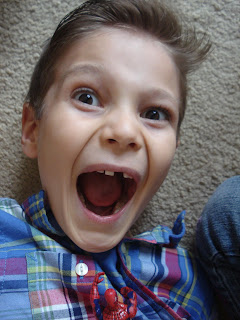 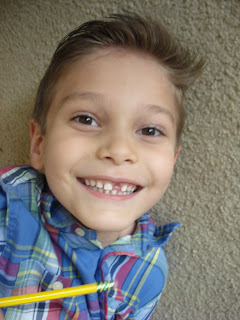 He grew up!!! What an adorable little guy. We all loved the video. ;)

Such a treasure! I'll bet lots of girls have a crush on Weston, as well.