Last night I had a Stake primary leadership meeting at 7:00. I wasn't thrilled about tearing myself away from the election coverage, but figured I would still have a couple of exciting hours left of crunching numbers and staring at the map of blue and red states upon returning home. I was really looking forward to the ritual, and always immerse myself in it. I think I secretly enjoy the suspense of a long election night, plus I was especially excited to spend the evening hashing everything over with Jason since this is the first presidential election since we've been married.
I couldn't even concentrate at the meeting. My mind was wondering and my heart racing. I was just so anxious and nervous about all that seemed to hang in the balance. I was sorely disappointed to come home to a concesion speech! I cuddled up next to my hubby and watched in almost disbelief. I couldn't believe it had all ended so quickly. I wanted to cry, but refrained. Instead, I vowed to get more involved in politics. I constantly think of that ever famous quote, "all that is required for the triumph of evil is that good men do nothing," and determined that I cannot live with myself unless I do something. Obviously, my family and church callings come first, but something can and must be done in the political realm as well.
I saw this post today on a blog by someone named Johnny, and it completely summed up my thoughts on the outcome of the presidential election yesterday:

It is so weird to me to see all these people filled with hope for America's future all of a sudden... people that apparently didn't have any hope until Obama came along and swept them off their feet. Did they not believe in this great country until just now? Do they think Obama has a magic wand that he will wave and somehow save us from our woes? I am mystified!

On another note, I am curious why race has been such a big deal to so many people in this election. I keep asking myself, how would I feel if a woman were elected president? To be honest, I don't think I would feel proud or be excited about it unless she represented the values and political views that I believe in. So I have a difficult time relating to people who are just thrilled to have a president that is black, regardless of any other factor. Maybe it is something that I just can't understand because I'm white. Who knows.

ON TO THE BEST NEWS OF THE NIGHT!!!! (In my humble opinion)

Prop. 8 passed in California! And so did the similar proposition in Arizona and Florida. 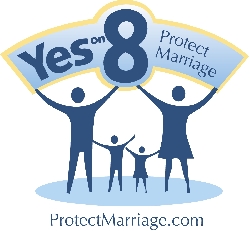 I realize that the war will never be won (at least not until Jesus comes again), but we won an important battle. What a cause to celebrate. :)

If you are still reading this post, you must be a good friend. So, thank you!
Posted by Michelle at 7:29 PM

When I hear about politics and watched the election, it reminds me of the smooch days. I miss you!

I didn't have much to say either. I just kind of watched and felt deflated. I didn't think John McCain was the greatest guy I ever heard of, but he was basically a good man and the better of the choices. I guess I was really fed up with the radical on both ends. I had some aquaintances sending me all kinds of crazy lies about Obama and weirdos in my 'tute class who on election night announced Barrack HUSSEIN Obama just won...immature in my opinion. But you know...I just can't get behind a guy who thinks it's okay to chop up unborn babies into pieces and champions the gay lifestyle. No matter how good any other idea he has is....I just can't swallow that. Wow...rambling. Sorry.