So, we have been wanting to take a trip to visit Matt and Meagan ever since we got married. Matt and Jason were mission companions for one glorious transfer during which they changed a few lives, knocked doors in the rain, "got crazy on some fools," and generally became great friends. Matt and Meagan have a son, Sterling, who is 3 months older than Weston. We FINALLY went to see them over halloween weekend and had a blast!
Here is a lovely pic of Matt and Meagan: 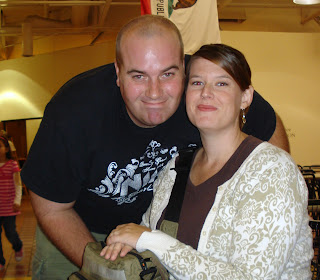 The night we arrived in Cali we went to a halloween carnival for kids. As you can see from the picture, Weston did NOT want me to hold him! 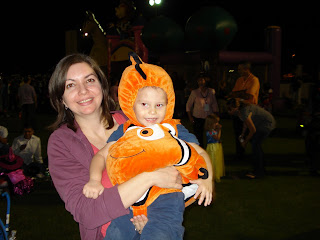 Weston and Sterling were pretty cute in their costumes. This isn't the greatest picture I've ever taken, but it was the best I could do with those two! 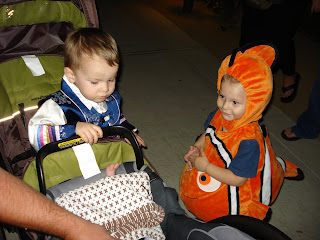 Here we are in line for the trunk or treat. The boys were getting very tired at this point in the evening. 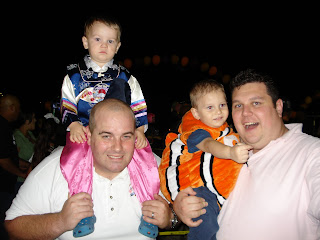 Here are some pics of the Weston and Sterling playing together... 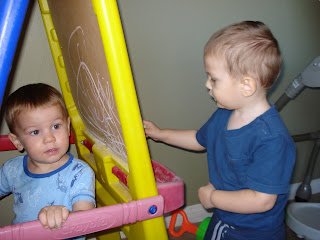 Weston LOVED all the new toys to play with. Sterling was a little skeptical at first, but did a good job of sharing overall. 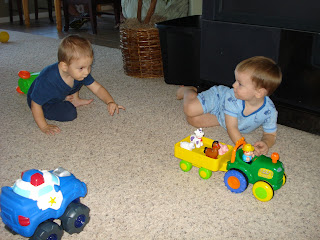 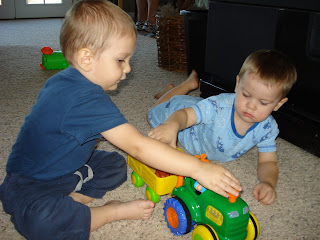 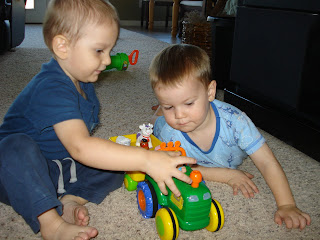 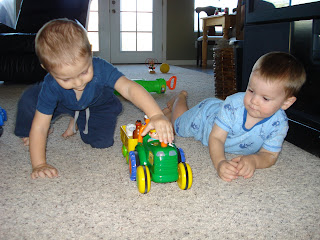 If you think it is hard getting one kid to look at you at the right moment, try getting two to do it at the same time. Those of you with more than one kid at home are chuckling right now, because you know what I mean! 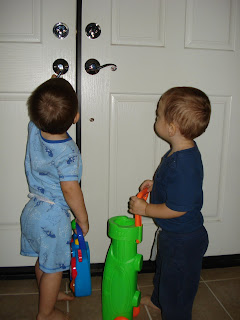 Oddly enough, I found Sterling to be more responsive to me than Weston. (go figure) Now I have a whole bunch of great pictures of Sterling, and an equal number of pictures of Weston's head. 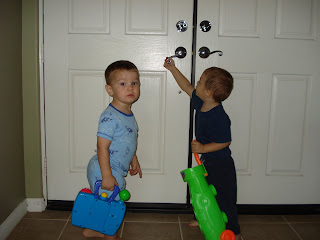 Even bathtime offered a whole new level of excitement at Matt and Meagan's because of all the cool, and may I emphasize, different, bath toys that Sterling had. This was my favorite: foam letters that stick to the tile on the bathtub wall. I feel like such an amateur! I bet I am the only mom that didn't already know about these. In fact, I bet all of you already have them. Aren't they cool? 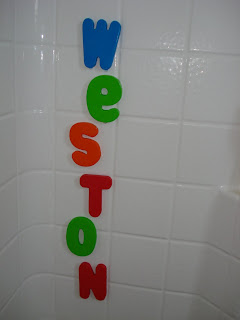 On Saturday afternoon, after luch and date shakes (which, I might add are the most delicious shakes I have ever ever had in my entire life - Palm Desert grows more dates than the entire Middle East, or something crazy like that) we went shopping at the Cabazon outlet mall. This outlet mall was the size of ALL of Vegas' outlet malls combined. It was HUGE! Here are the boys, not too excited to be confined to their strollers: 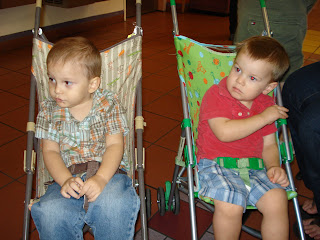 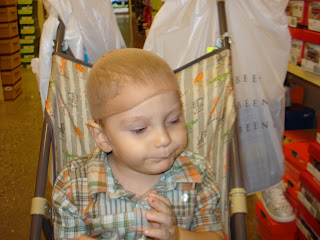 Freedom at last! The boys had a blast on the trolley train 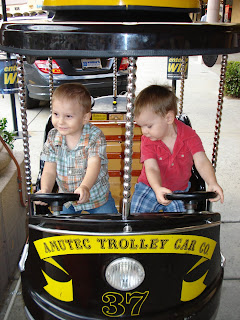 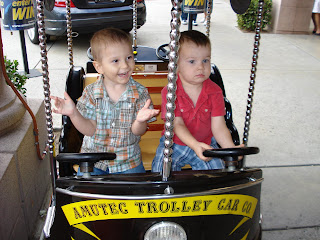 A great time was had by all. We left Sunday afternoon, and I have to admit I felt a little bit sad about it. We wish we didn't live so far away from Matt and Meagan!
Posted by Michelle at 11:54 AM

what a fun playmate he found! i had found the foam letters....too bad mold found them too.

That looks like so much fun. It is so much fun when friends have kids the same age. It is a party for everyone!