Batman, the fish, and our Bathing Beauty

It's amazing how many hours of fun a kid can get out of a superhero costume - or even just part of one!
Exhibit A: the Batman cape 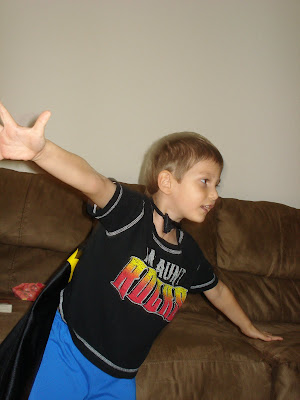 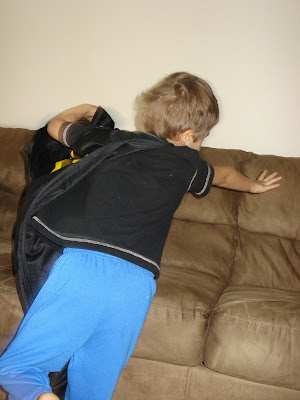 It's a little difficult to get pictures of Weston in his Batman cape - they usually come out blurry! This one is from a different day... I guess Batman had crashed because here he is on the floor. 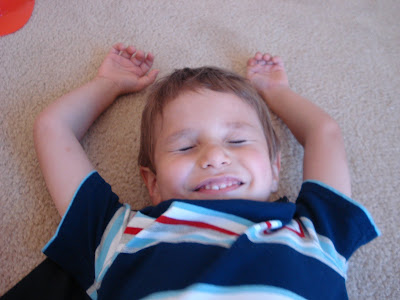 Even Sophie gets in on the action! 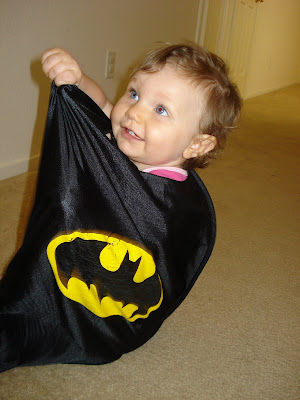 The entire time we were house hunting, we kept promising Weston a fish. When the day finally came, we took him to the pet store and showed him all the beautiful tropical fish. After like 20 minutes, he spotted the goldfish and went ballistic. We didn't want goldfish because they're so boring (after all, that's the whole reason we went to PetSmart instead of Walmart!), so after another 20 minutes of cajoling, he finally "decided" to get the tropical guppies instead. He named them Gootie and Guppy. Sadly, they both died within a week or so. We replaced them both of course (we actually ended up with three fish). Every time a fish would die, he spent the entire day saying "Gootie - DIE!!" or "Guppy - DIE!!" to every single person we encountered. Anyway, he loves the fish and spends hours watching them. 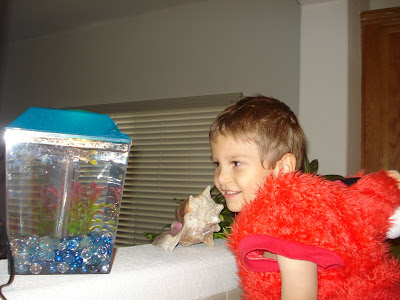 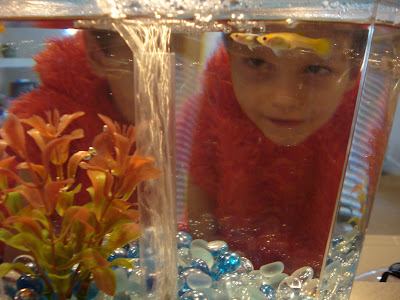 Here are a couple of shots of Sophie in one of her cute little swimsuits. And yes, she does have more than one. Jason and I were so torn over which one to get her since they were all so dang adorable, that we ended up getting two! A little ridiculous, sure. At least they were on sale. 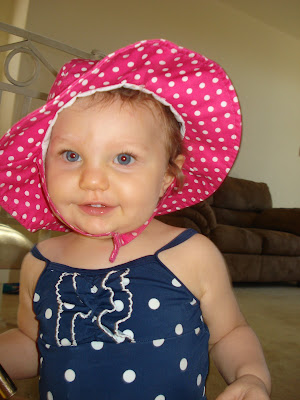 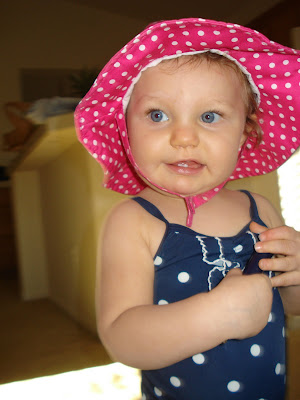 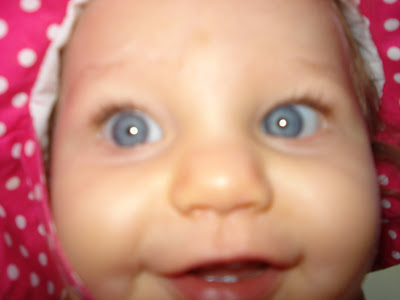 Who can resist a face like that?
Posted by Michelle at 8:19 AM

beautiful blog..pls visit mine and be a follower.. thanks and God bless..

Any girl that's slithered into a swimsuit still wet from the day before knows that EVERYONE needs at least two swimsuits!!! Wet swimsuits are a serious summer buzz kill. As the owner of two swimsuits, Sophie's wise beyond her years. :) And so adorable I can hardly stand it!!! You have the cutest kids, Michelle.