The Friday before Valentine's Day (the 11th) we had a ward Valentine's Party. I can honestly say that I have never before attended a church Valentine's party, so I didn't have much to compare it to... but I thought it was pretty darn fun! The main event of the evening was a version of the newlywed game, with Jason as game show host. He was a real charmer - just downright funny. People were busting a gut laughing so hard!
Anyway, the theme was Sadie Hawkins. Each couple was supposed to dress up like each other. We had a good time at DI earlier that day assembling our costumes. At first we were going to be a couple from the 80's, because seriously, who doesn't love the crazy fashions of the 80's!? But that proved too difficult. I even made an appeal on facebook (barring those in my ward from seeing the post of course) and received some fantastic suggestions from people such as Cupid and Aphrodite, or Mary Poppins and Bert. My friend, Angie, suggested either being a dog and a fire hydrant or senior citizens. I wasn't too excited about the thought of being a dog OR a fire hydrant, but after surveying the situation at DI, we decided to go with the senior citizen idea. (It was the only thing we were sure we could pull off with the clothes selection there!)
But we weren't just old people, we were "active" seniors in our jogging suits and tennies. With the help of some old glasses, excessive blue eye shadow, and gray hair color, I think our ensembles actually turned out pretty cute! 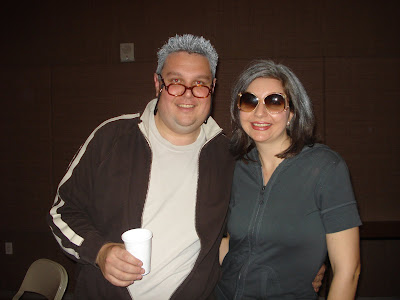 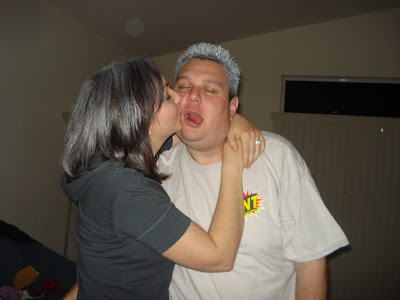 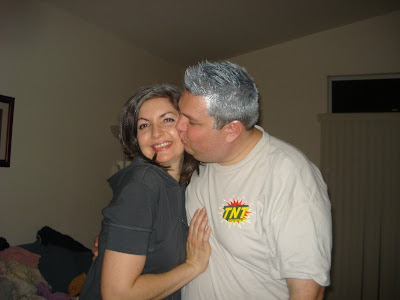 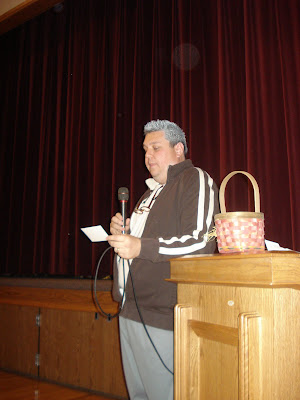 Our costumes must have been good because when I arrived at the church (Jason went early to help set up) I couldn't find him anywhere! Turns out I just didn't recognize him...
I guess I forgot I was looking for a man with gray hair.
Posted by Michelle at 1:46 PM

YOu guys look great! Sounds like a fun time.

Very cute! Glad you had a fun night out together! As always, I loved reading all your updates. :)

Aaauuughh! My great-grandmother had those same glasses! Love the look!