On Weston's birthday, my mom and I went to his preschool to bring cupcakes for all the kids. The cupcakes were huge and delicious... not that I got to taste one, but everyone (especially the teachers) kept oohing and aahing about how wonderfully tasty they were. I guess most people don't make things from scratch anymore. 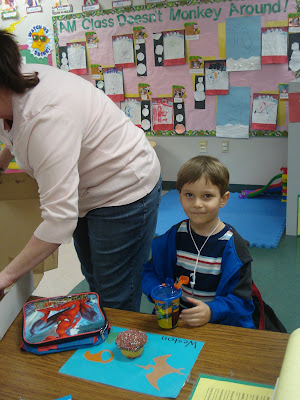 It is kind of hard to see in the picture, but there is a sign hanging around his neck of the number Four. It it was really cute! 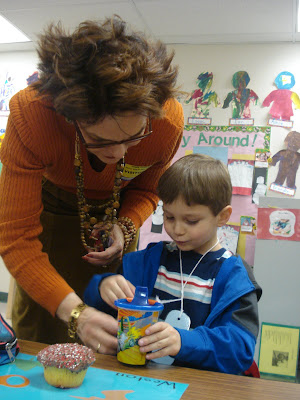 Sophie was a little clingy... it was her nap time after all! 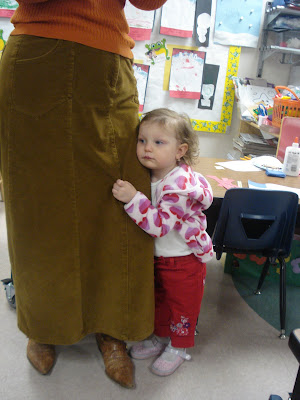 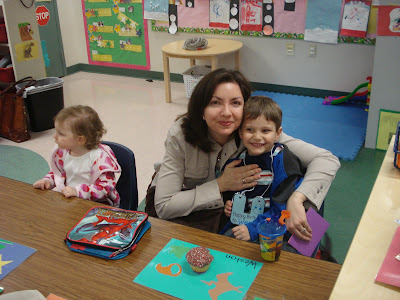 That night, we decided to have a picnic in our living room while watching Wall-E. Weston said that was the movie he wanted, so that was the one we watched. I can't say that it fulfilled all of my hopes and dreams, but what can you expect from a movie where people have morphed into bloated creatures and robots fall in love with each other? Mid-movie, we got a knock on the door from Uncle Ryan and soon-to-be Aunt Sadie... it was a pretty sweet surprise!
Weston excitedly ripped open their present and discovered... 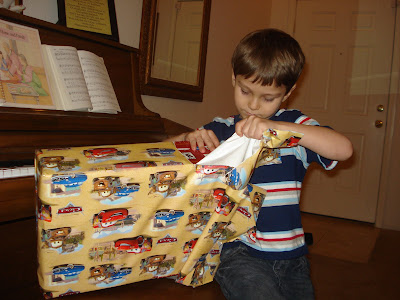 A Toy Story video game! Holy cow. He was pretty ecstatic until we realized that it didn't work. Poor kid. 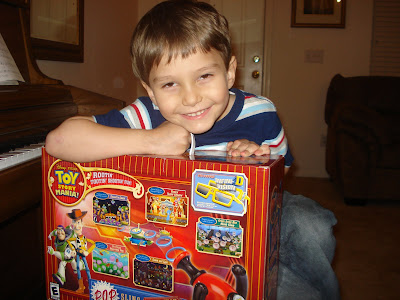 He did still have fun attacking Uncle Ryan! 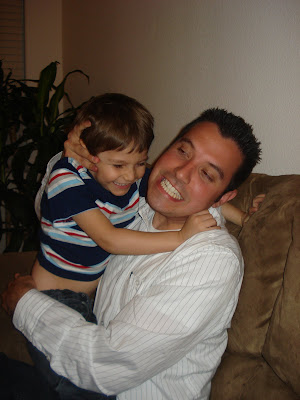 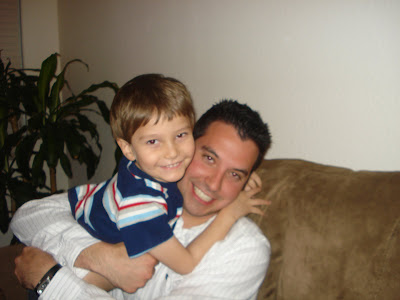 Too cute. I will post shortly about his birthday party... after all, I know you're waiting with bated breath for the details!
Posted by Michelle at 12:15 PM

And of course your cupcakes were great, you are a great cook. :)

Hope you get the game to work eventually.