Last Thursday, May 12th, was our 5th wedding anniversary. I have been bummed lately thinking about the fact that I would probably never find our wedding pictures. You see, the photographer who did our professional pictures used old-fashioned film... and I'm pretty sure that film got destroyed by the heat while sitting in a box that was never supposed to be in the garage. Being in the Young Women organization of our ward, many opportunities have presented themselves to bring my wedding pictures to show the girls. Every time, I feel sad! I want to show "my" girls the pictures of my Temple wedding... especially since there is almost no other decision that influences your life more profoundly than how you marry!
So, on our anniversary morning as Jason drove off for work, an idea popped in my head... what if the photos my dear friend Julie took at our wedding reception were on my old laptop from college? Pictures from the reception are better than no pictures at all! A glimmer of hope sparked in me and I ran to open the old computer, praying that it would turn on. Fortunately it had been stored with its power cord. My glee quickly turned to panic when I realized that my computer had been password protected, and I had NO IDEA what the password was. I never even remembered having a password and figured that was something that had come about in the months that Jason attempted to rescue my ailing computer long ago. A quick call to the man of the hour revealed that no one on planet earth knew the password.
Dang it!
I tried every variation of every password I remember having ever in my life...
nothing. UGH! I could feel the anticipation mounting as I glared at that password protected screen, searching the recesses of my mind to no avail!
For some reason, all other responsibilities fled my mind and all I could think of was getting in that dang computer. It seemed to me the most important task in the world.
And then at last... some 45 minutes later, a word popped into my head: cleo. I had practically forgotten all about Cleo, my cat. That was the password! The second my desktop appeared, there it was! The file entitled WEDDING PICS lay right before my eyes! As I clicked it open, a glorious realization hit. Not only had Julie taken pictures at our reception, but because she wanted to learn some picture taking skills from a professional, she had followed our photographer around the Temple taking pictures of everything earlier in the day as well! THANK YOU JULIE!!!!!!! (It should be noted that Julie was friends with the professional photographer, Karen, who happily agreed to let Julie follow her around and learn from her)
So although the lighting isn't always perfect, I am just thrilled to have wedding pictures in my very own possession! This discovery pretty much made my day... and I just wanted to share. Unfortunately, blogger was down the ENTIRE day on Thursday. Better late than never, though. These are just a few pictures of me and my handsome groom just 5 years ago. Weird how those 5 years seem kind of like a lifetime all on their own! 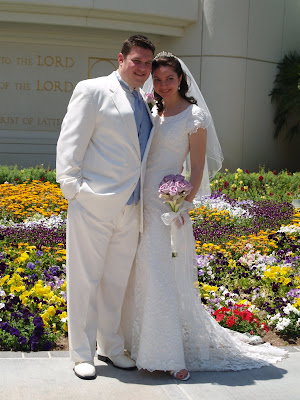 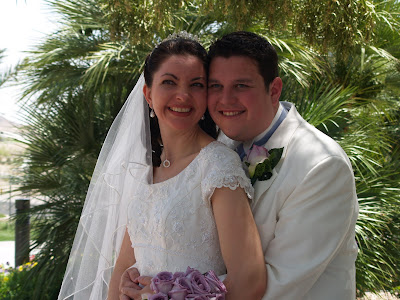 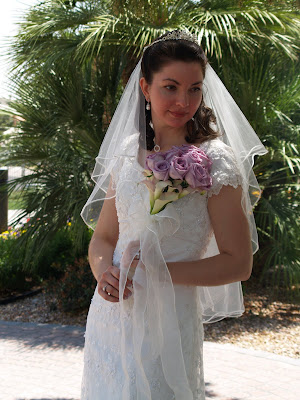 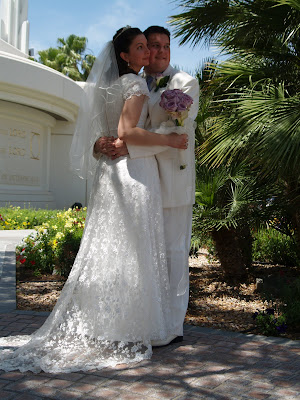 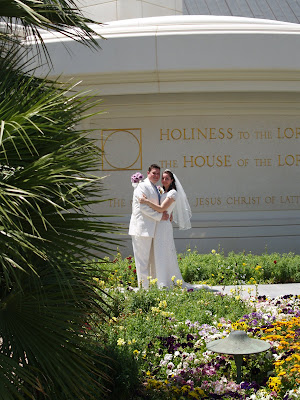 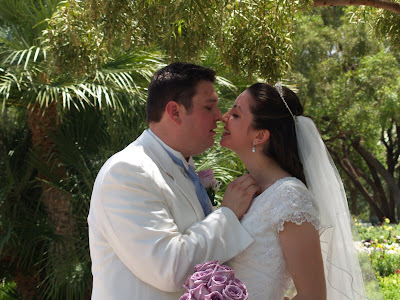 The Reception... as you can see, I was more than a little embarrassed by the whole garter belt thing! 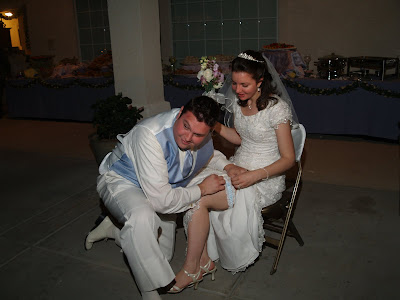 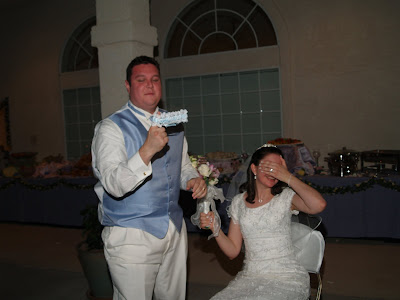 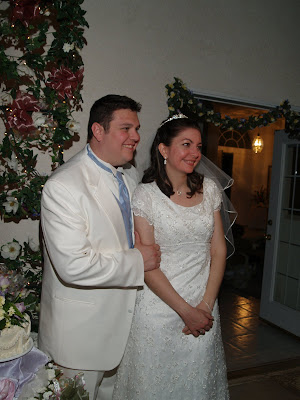 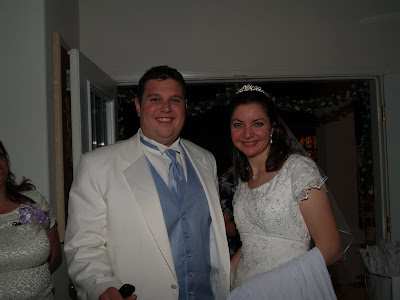 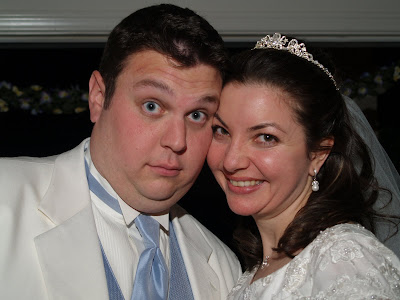 So glad I married the right guy at the right time in the right place!
Posted by Michelle at 10:28 AM

This was so fun looking at these pictures and remembering that wonderful, fun HOT day!!!
Congratulations on 5 full years!!!

I am really glad you found them! You are so happy to have them and I have been wanting to see them for a long time.

I wish that we got to keep the digital rights to our wedding pix, but our photographer, keeps the rights to the images he takes. Kinda stinks for me. :(

And yeah, I realized after we did the garter toss that it was so not my style. I felt really stupid. he he :) If I could do it over again, I wouldn't do the garter toss.

YYAAAAYYYYY!!! i am sooo happy your found these gems!!!!! how sweet! you guys look sooo giddy :) thx for sharing!