I quite accidentally happened upon these pictures this evening and thought they were worth posting! They were taken on New Year's Eve. Shae-Leigh was of course with me while Jason was working in Arizona, and we decided to go to the park. We went about half an hour before dusk, which gave us just enough time to kick around the soccer ball for awhile and play until it was too dark to see. It was an especially fun evening, probably because there was that exciting "holiday" feeling in the air, or perhaps because we were on the precipice of a new year... or because we knew we were going to be drinking sparkling juice later that evening (you just never know what scandalous things we might do next)!
The sky looked amazing, but I had a difficult time capturing it with Shae-Leigh's phone camera, which is all I had to work with that evening. 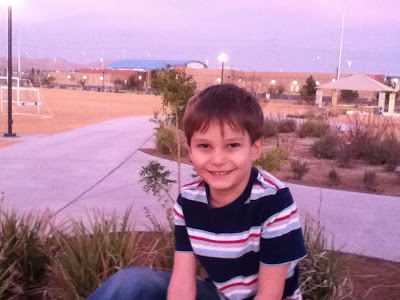 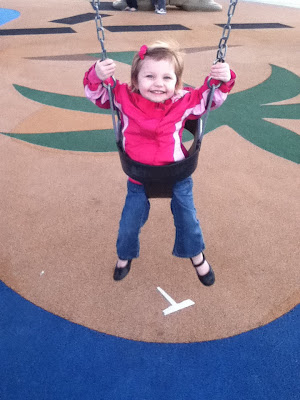 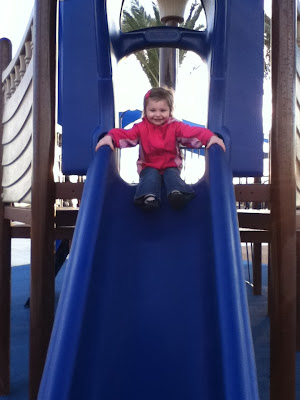 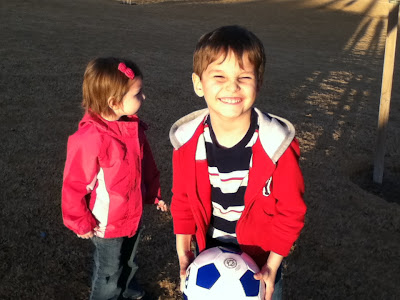 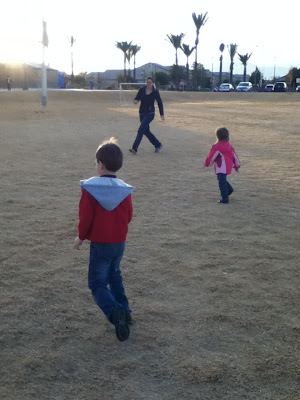 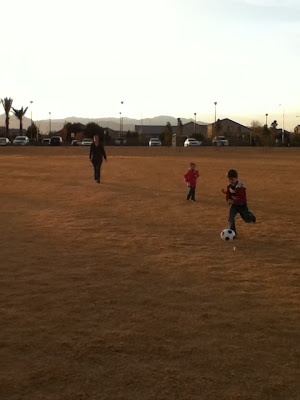 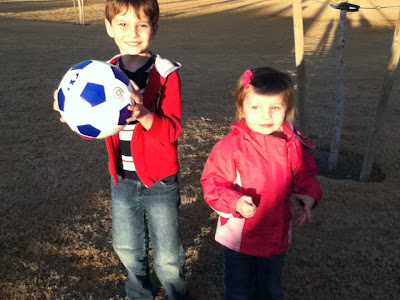 Looking at these pictures and remembering how much fun we had makes me want to go back to the park! I'm pretty sure my kids could use more park in their life!
Posted by Michelle at 6:50 PM