A little jaunt to Bear Lake

Question: How do you keep a two and a half year-old occupied on a 10-12 hour car ride?
You let his mind turn to mush for a day while watching the movie Cars over and over and over and over again on a portable DVD player. Then you hope you haven't made a permanent dent in his intelligence by exposing him to so much TV. Here is a picture of my sweet Weston clenching his retro earphones while completely riveted to the movie. 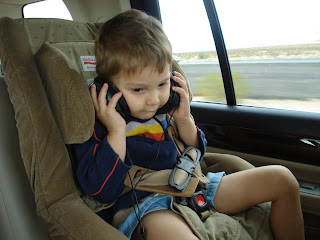 By the way, the trip is normally only 9 hours. But with a newborn and a two year old, we ended up making a few stops along the way... like 6!! They were: Mesquite, Beaver, Nephi, Provo, Heber, and Evanston. Yikes!
While passing through Heber, we encountered the single most incredible rainbow I have ever seen in my entire life. It was stunning! It was impossible to catch the brilliance of the colors on camera, but you get the idea! 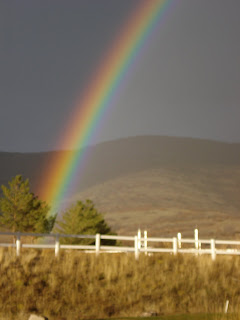 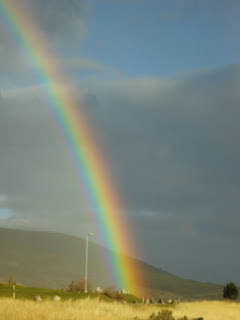 The next day (after arriving at Mike and Carrie's house), Weston couldn't wait to play! He somehow spotted this dump truck on top of a fridge in their garage, and pretty much didn't let it leave his side the entire time we were there! He loved it so much that he even waved good-bye to it when we left to come back home. Funny, huh? 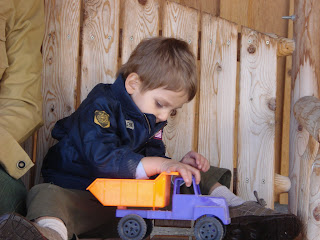 I enjoyed the cooler weather, but I'm not sure how Sophie felt about it. Weston clearly did not mind the chilly air! 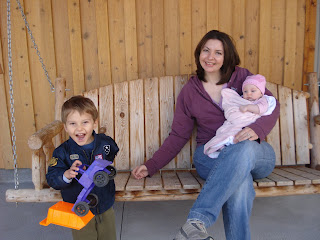 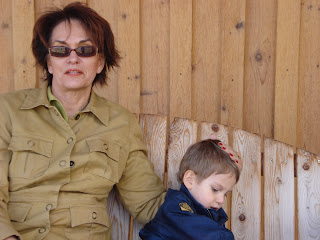 Here is a lovely Carrie holding Sophie... I just love that motherly, pregnant glow! It's funny how you feel like a fat blob when you're pregnant, but then other pregnant ladies are always so darling and cute. 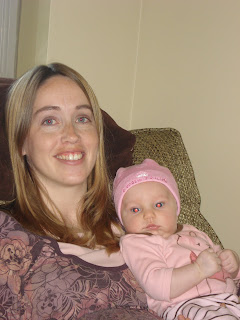 The whole reason we made the trip was to go to Carrie's baby shower, and I wasn't going to miss it because of a wild toddler (even my own wild toddler), so Mike willingly agreed to hang out with Weston until it was over. I thought it was funny that Mike was so squeamish about Weston needing to go pottie... he actually dropped him by the Shower so I could take him to the bathroom! 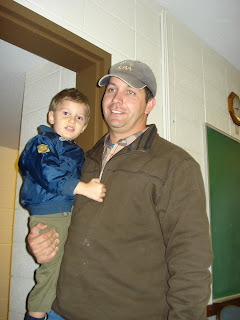 Weston thoroughly enjoyed doing manly things with his uncle, like riding on a 4 wheeler to go feed the cows. I never did get a good picture of Weston on the 4 wheeler, so this one with the scowley expression will just have to do. That scowl has unfortunately become one of Weston's more popular faces lately. Hopefully it is nothing more than a fleeting childhood phase. 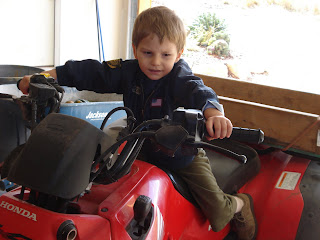 We also visited Aunt Carrie's barber shop while in Bear Lake... ha ha ha. She doesn't have a shop, but she does have one of the nicest electric shaver thingies I have ever seen. She showed me how to use it, and I couldn't believe what a cinch it was!! Normally cutting Weston's hair is a long, stressful affair. This only took a few minutes. (I think I am beginning to sound like an infomercial :) 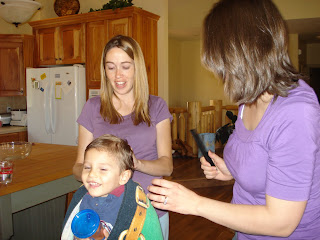 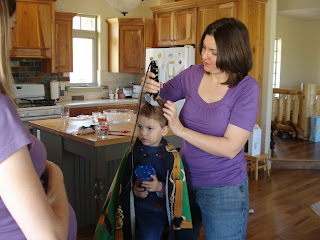 Nothing like the promise of reward to make even the most rambunctious of little boys hold still for a haircut! 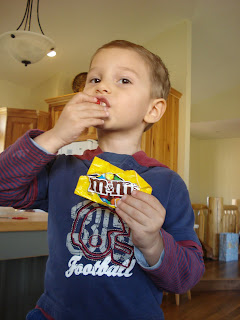 Such a handsome little munchkin! 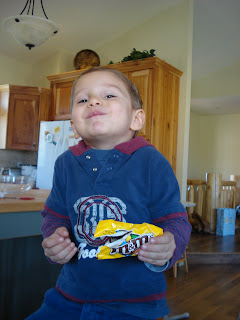 What a fun reason for a trip!

THE RAINBOW PIC IS AMAZING! I bet it was even better in real life!

WHAT?~?~? Mike & Carrie are pregnant??? Congratulations to them. What wonderful news! And don't worry that squeemish stuff from Mike ??? Brian was the same way on several motherly issues. Then when he had abby he suddenly got it. And he went beyond me on some things. Just wait, you'll get your moment in a few months.