Last Saturday we ventured to Gilcrease Orchards with the kidlets. Usually we don't go until October so we can get our pumpkins, but this year we decided to take a gander in August as well. 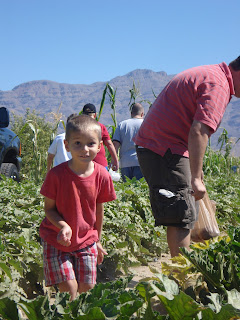 Anywhere else in the country, people would think I was one strange lady for snapping this shot, but I just couldn't help myself... it was so refreshing to see green! 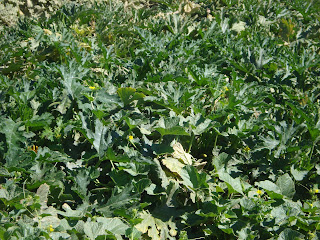 The kids had a blast... mostly playing in the dirt. 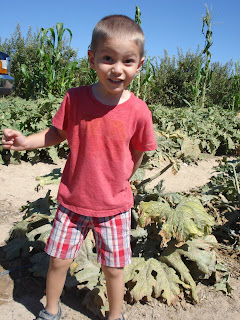 Sophie was fascinated with everything, especially things that don't go in your mouth like sticks and rocks! 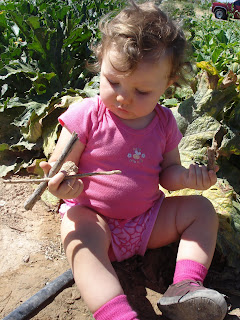 Oh, and did I mention pine cones? That seriously had to be the only pine cone in the entire place, but somehow she managed to find it. She tried to eat it too, but that didn't work out so well. :) 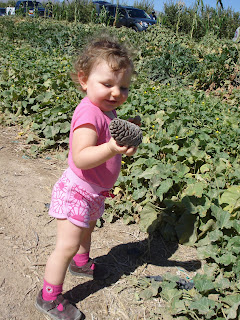 We found lots of beautiful, HUGE zucchini squash. I wanted to pick it all, but at $1/lb, I didn't think it would be so prudent. 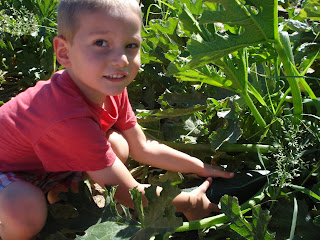 Weston found these little baby eggplants and thought they were the cutest things he'd ever seen. 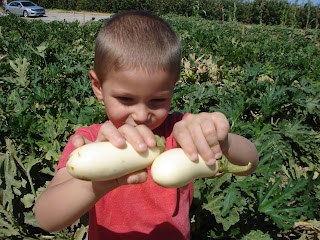 Well, maybe the cutest thing he'd ever seen besides Sophie, who was determined to pick a melon! 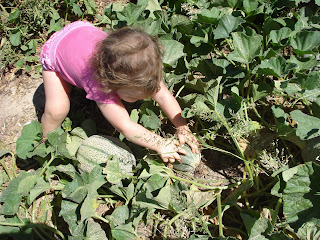 Then it was off to the fruit trees... 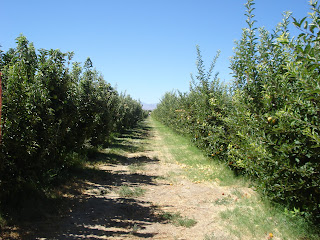 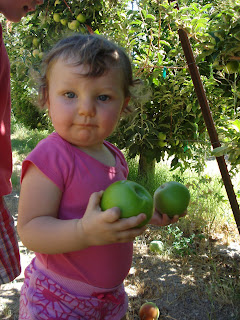 It sure was fun picking apples. Unfortunately, they were extremely tart. They are still sitting on our counter because none of us can force ourselves to eat them, although Weston managed to eat almost a half of one. (which I thought was truly impressive!) 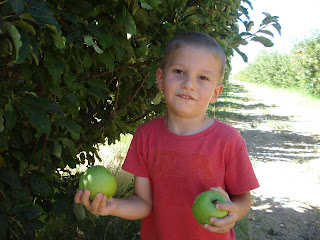 We were feeling *slightly* disappointed, when we drove around the last corner and beheld (hold your breath) one of the most enormous fig trees I have seen in my entire life! Jason was thrilled. 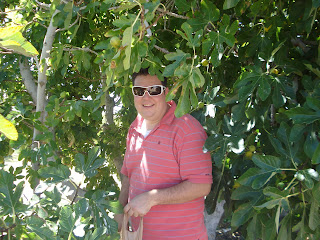 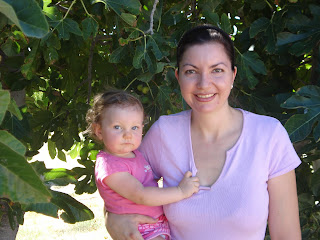 Weston was all excited to try one right off the tree - and really, isn't that the best way to eat fruit? He was so excited about it that even though I could tell he hated it, he tried to love it. He said he definitely liked it and even tried to smile! What a good attitude... it was cute. 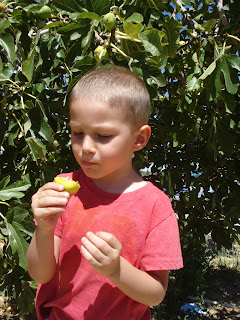 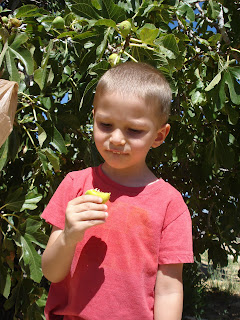 Later that afternoon, we discovered a new superhero.... 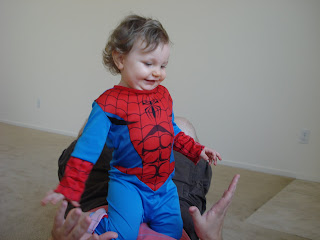 We call her Spider Girl!
If you sass her, she WILL throw her web at you!! 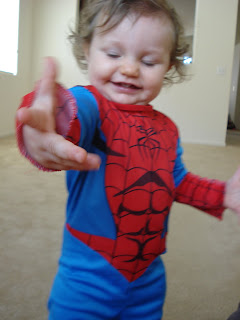 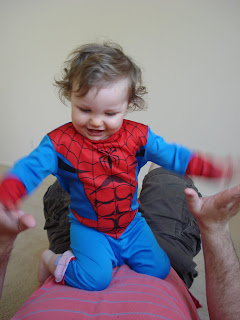 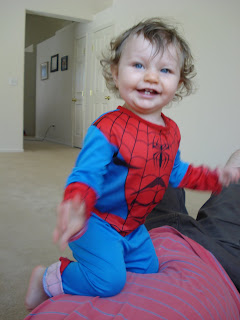 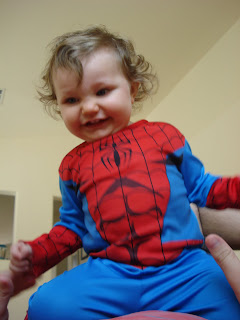 Weston wasn't going to miss out on the action... he soon ran to get his batman cape on. Apparently he was so excited about it that he forgot the rest of his clothes. 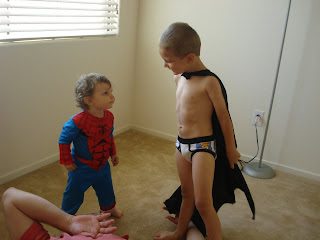 Now Sophie is addicted. If she sees the Spider man costume, she brings it to me to put it on, and then she runs around the house throwing webs. She and Weston are quite a pair!
Posted by Michelle at 1:32 PM

Great pictures. I love sophie in the spider man outfit.

I SHRIEKED at that last picture. AWESOME!!!