As we are sitting around the kitchen table this morning eating cereal, Sophie says: "I wish daddy was here eating cereal too.  We need more of daddy!"  Then she remembered that we hadn't said a prayer before eating.  She volunteered to say it.  Here is an excerpt of her prayer:"Please bless daddy because he is working so hard.  Please bless Weston that he can be safe.  Please bless mommy that her baby can pop out..."
That last part was followed by many giggles.
Then, about two seconds after we all said amen, she asks if she can touch her bum.  When I ask why, she says, "because it's nummy!"  Again, many giggles follow.  What a silly girl my Sophie is.  She seems so grown up for her age... most of the time!
She misses Jason so much during "The Season" (as do we all).

By Season, I mean Fireworks Season.  It begins in May.  By June, it is in full swing, and we never quite know how late Jason will be working, or what emergency might arise.  The day after Father's Day is always the first day of a working spree that lasts about a month.  What do I mean by working spree?  No days off, and no telling what hours Jason will be working.  The fireworks business owns him.  Sometimes he gets calls at 4:00 in the morning and has to rush in to resolve a crisis.  Sometimes he has to make an emergency trip to Arizona and doesn't get home until 1:00 in the morning.  During "The Season," anything can happen, and it does! Many days are spent running frantically around town, dealing with a seemingly unending variety of problems.  Jason usually comes home, eats something, then passes out...but we never know what time that will be.  At the beginning of June, we continue our normal schedule.  Sometime around the first of July, I realize that our schedule has completely shifted so that we get a few minutes with daddy while he is eating, before he crashes.  Sometimes this happens WAY too late for little people, and we all end up sleeping in very late...yikes!  Well, except for Jason, who leaves around 5:30 or 6:00.
At the moment, we only have 7 days left of the official season, and I frankly cannot wait!
I thought it would be fun to make a post about some of the things the kids and I have been doing to keep busy these past few weeks...
1. Playing at the splash pad at the park.  The kids have so much fun running around, that it is virtually impossible to snap a non-blurry picture while we're there! 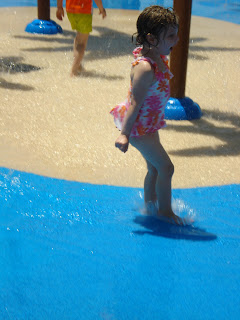 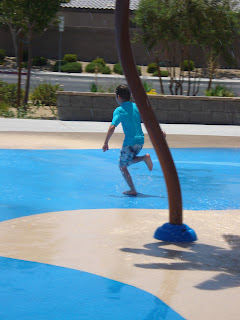 Weston usually flies around Spider Man style, which involves a lot of crouching and leaping. 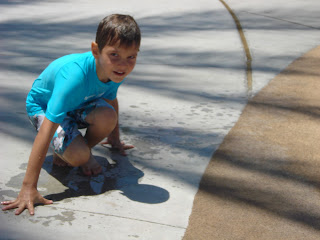 If I'm really lucky, they'll pause for a split second... 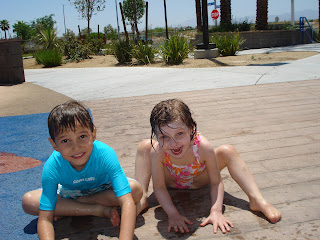 2. Since sitting outside in the heat completely wipes out my pregnant body, we have spent a lot more time inside playing.  And for Weston, that has translated into hours of drawing, coloring, and learning to write words.  I thought this was a pretty good picture of Sponge Bob that he drew, although Spider Man, Star Wars, and Ghostbusters are the usual themes of his masterpieces. 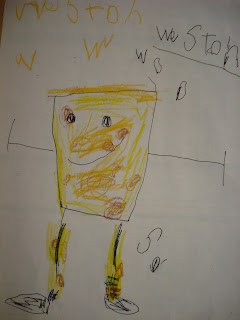 3. This year we had a special treat and got to visit daddy at his temporary Season office, which is a double-wide trailer out at the Speedway.  You may notice the awesome Spider Man picture on Jason's wall, courtesy of Weston. On the window sill, you will also notice our family picture, the one that usually sits on our piano.  I told Jason to take it to work so that while all of his groups are coming in to settle their accounts and pay what is owed, they can remember that he is a real person with a family too!  (Sometimes in the past a few people have refused to pay, using the argument that TNT is a big company that can absorb the cost of their failure.)  Most people do very well so this is not an issue, but it is always helpful to have a picture of your adorable kids to remind the wanna-be free loaders that you have a family to feed too!  Apparently he has received many compliments on his beautiful family...who can blame them with kids as cute as ours!? :) 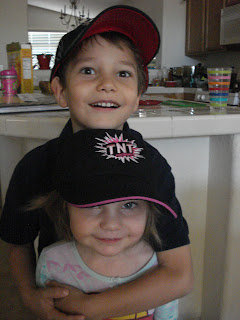 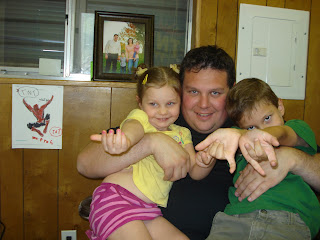 Weston and Sophie loved visiting daddy's office, and he even let them sit at his desk!  Weston, of course, immediately found some markers and began to draw... 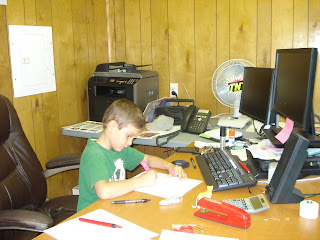 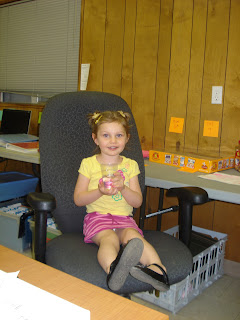 4. Another thing we did this year for the first time was visit a fireworks booth!  The kids had never been to one, so one night we were able to go visit the booth that the Caron's were running (Taylor and Jason are good friends).  It was impressive!  They did a great job and thus raised a lot of money.     Good for them! 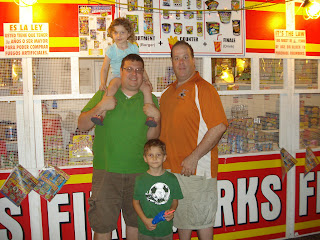 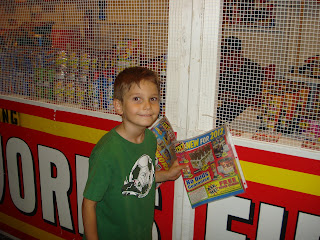 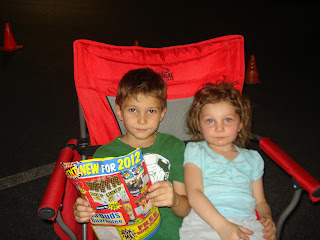 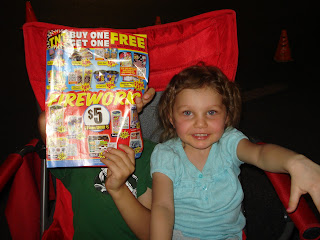 5. There has also been a fair share of general merriment and trouble making between these two: 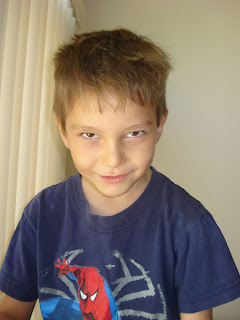 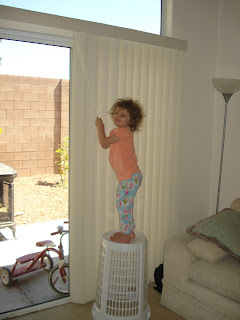 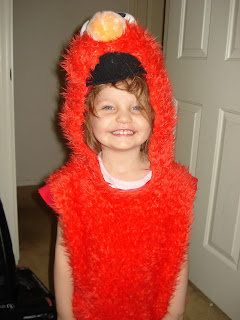 6. We have also been visiting family.  On the 4th, we went to Grandma Laurie's house.  Uncle Trevor always attempts to avoid the camera, but since he is a kid magnet (and I am always taking pics of the kids), his attempts are generally futile... 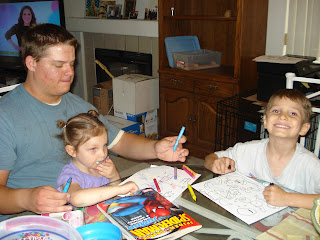 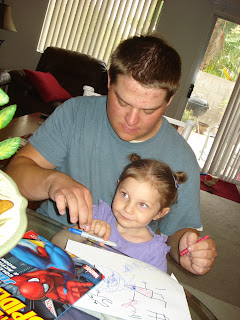 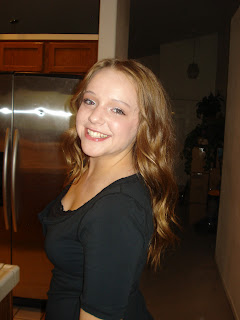 7. Fireworks, on the 4th of course!!  Usually we invite a bunch of people and make it a social occasion, but this year we decided instead to just stay at home and do fireworks with the kids in front of our own house.  I was initially really disappointed at the idea, but Jason was way to exhausted this year from his extra work load (he took on more territory than he has had in the past), so I just went with it.  To my surprise, it turned out to be super fun!  And the neighborhood kids really enjoyed the extra show, too.  I don't have the proper camera to take a good shot of the actual fireworks, but here is my attempt. Lame, I know!﻿ 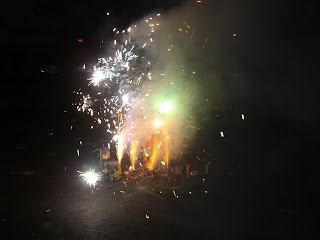 This was the first year that Weston got into it and actually enjoyed the experience. He really liked sparklers and smoke bombs. Every time I tried to snap a shot of him, he struck a Spider Man pose. 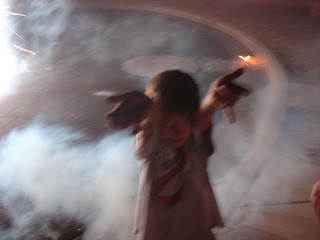 Sophie was afraid of the loud noises this year, so she got to cuddle safely on the couch and watch Tangled.  I came in every few minutes to check on her... 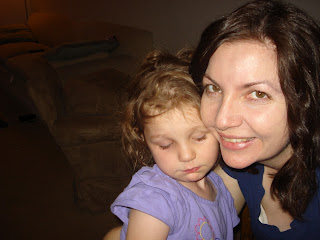 8. Contrary to popular belief, the Season does not end on the 5th of July!  There is much work still to be done.  Meanwhile, since the young women are such an important part of my life, I cannot simply ignore them all for a month!  Especially when two of them just graduated from high school and one turned 18 on July 6.  Since Jason hasn't been around, the kids have been coming with me to visit these lovely ladies... which Weston and Sophie love!


Here is Shawna with Weston and Jessica with Sophie.  This picture is from Shawna's birthday!  Adorable. 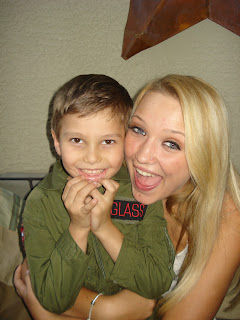 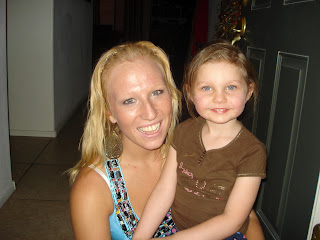 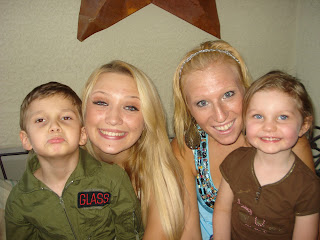 9. Lots of doctor's appointments.  There is nothing fun to say about those!  Except, of course, when I had the ultrasound...but I already blogged about that.

10. Shae-Leigh always comes to spend time with us in June and July.  She has come twice already, and is spending the night again tonight... which we are looking forward to!  We want to spend as much time as possible with her since she'll be moving to Utah soon.

So, the marathon is almost over.  We have spent it well, I think!  I don't know how I would make it through without family.  My mom, Jason's mom, and Shae have all been life savers this year - per usual.  I look forward to a sense of normalcy gradually returning.  But until then, I really need to find a way to squeeze in as many chick flicks as possible!
Posted by Michelle at 1:06 PM

You forgot about our trip to Mike and Carries. Maybe you will blog about that next. Fun to read your blog.

I can't believe how much your kids have grown. They are as adorable, as ever! (Jolee's mom!)

What fun you are having. It will be especially fun when sophie's prayer is answered and you pop that baby out! :-)