One of the things I was most excited about when I was pregnant with Sophie was the prospect of Weston having someone to play with.  Never did I imagine that they would be ghostbusters together! 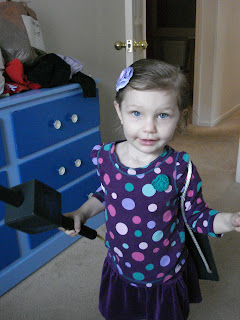 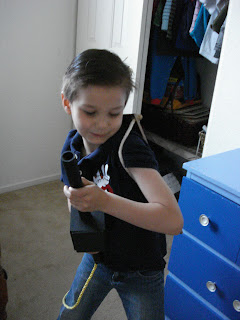 As you can see, Weston really has his moves down... 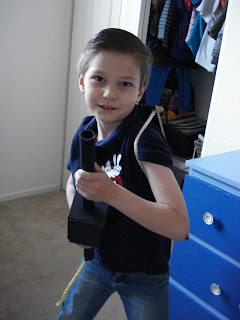 Sophie doesn't have many ghostbuster moves, but she sure has got the look.  I particularly love the residue of strawberries on her face! 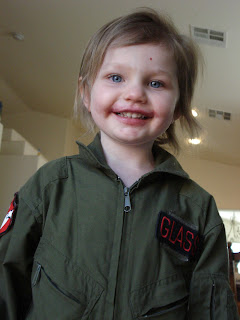 There was a period of time when I was so exhausted (and I guess Jason was too), that we didn't even notice the kids (usually just one or the other) crawling into bed with us in the middle of the night.  One morning, we woke up to both of them cuddled in our bed! 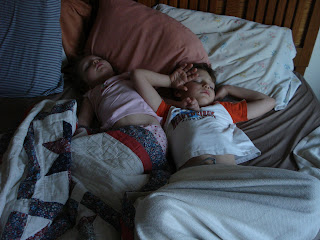 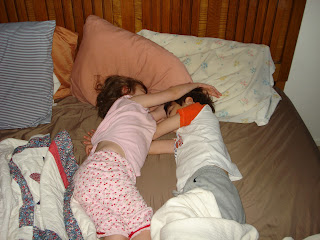 During the months of morning sickness, I wasn't as vigilant about making sure the kids were properly dressed (well, you know, until we left the house of course).  One day I found them hanging out in the back yard this way, just chillin' on top of our water barrels engaged in some sort of silly conversation (which has since escaped my mind).  I particularly like Sophie's ensemble: Weston's sweat pants, a Disney princess pajama top, and heels! 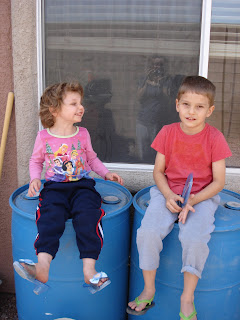 I love that they are such good friends. 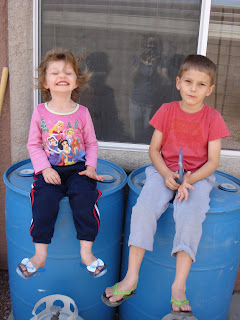 Lately, Weston has discovered the awesomeness that is Star Wars.  This light saber is his favorite toy, by far (at least for the time being)! 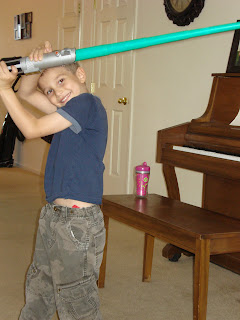 And of course if Weston is into it, so is Sophie.  She wants to be Princess Leah - not just for Halloween, but on most days.  Recently when we were visiting my brother's ward, she told the nursery leader there that her name was Princess Leah.  After being asked again, she finally conceded that her name was Sophie... Sophie Rapunzel, that is! 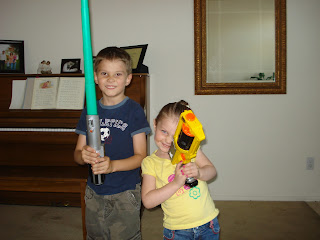 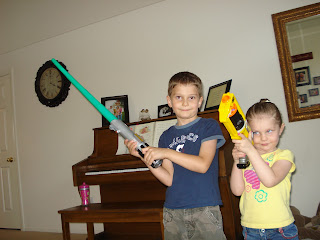 Who can complain?  I have my very own pair of Jedi in the house! 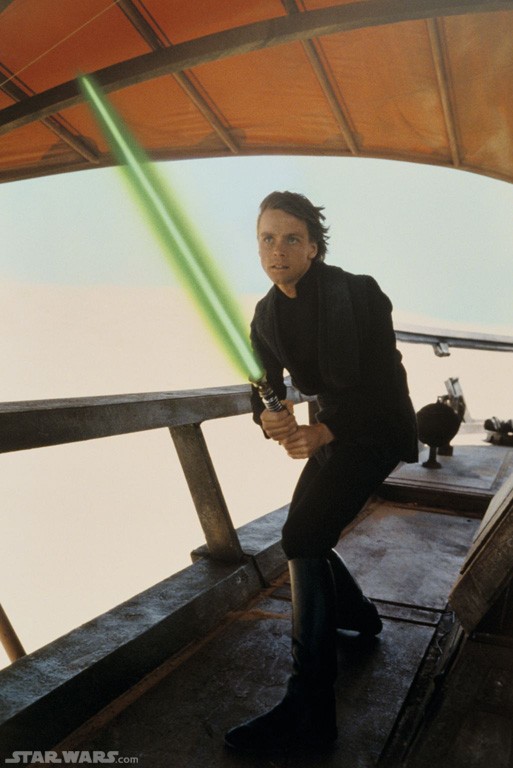 Haha! Best outfits ever... as my friend Nycole says about her kid: they look homeless! :)

I love those grandkids...they are so cute! The most fun of all was seeing Weston, Sophie and Lily playing together!